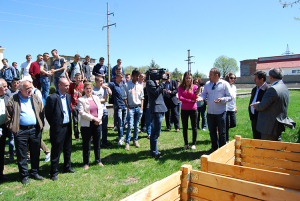 Co-PLAN continued with the implementation of the second phase of the “development of the ENV.net platform in the Western Balkans and Turkey: giving citizens a voice to influence the environmental process reforms for closer EU integration”. This phase, among other things, was focused in raising awareness on the sensitive issues regarding environment and identification of possible gaps in the approximation of the environmental legislation. The overall objective of the project is to foster integration of partner countries (including Albania) into the EU and their approximation towards the EU acquis through anchoring democratic values and structures, human rights and social inclusion in a more active and dynamic civil society. Co-PLAN’s role in the second phase was focused in giving to citizens a voice to influence in public reform process in the environmental field, through presenting knowledge-based analysis, monitoring reports and advocating. Some of the main activities and result, in both national and regional scale, for 2016 include: